Marcelo Jabulas | GameCoin Newsroom – Activision and Treyarch’s decision to remove the single-player campaign from Call of Duty: Black Ops 4 was a practical decision. I admit that at first I did not like it. Even more after the excellent Call of Duty WWII, with its generous campaign sprinkled with endearing stories and remarkable characters.

But we must admit that the decision was right. Black Ops 4 is a production designed in the multiplayer environment. There’s no point in telling a little story. Especially after the parallel series took off towards a dystopian vision of the future. 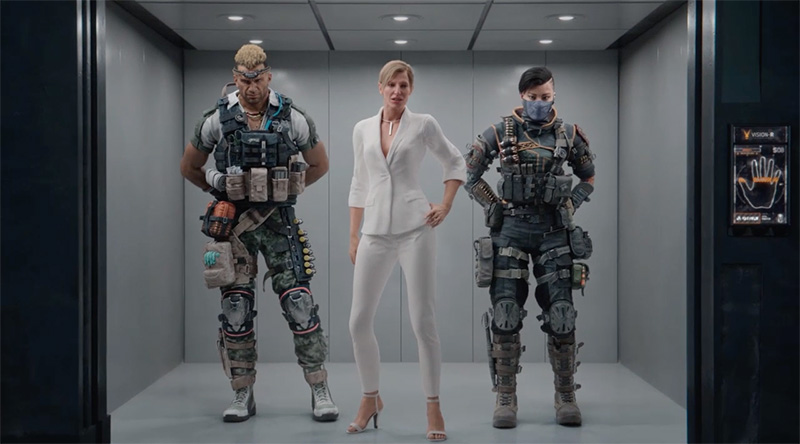 But of course, the producers didn’t throw their players into a war environment without explanation. The game has a small intro that inserts the characters that can be used in the killing sessions. They are part of a team of mercenaries hired by an eccentric “billionaire”. That’s right, according to the game, the boss is the first human being to accumulate $1 trillion in his piggy bank. And all this money allowed him to build a small army to avenge the death of his military sister, shot in battle. 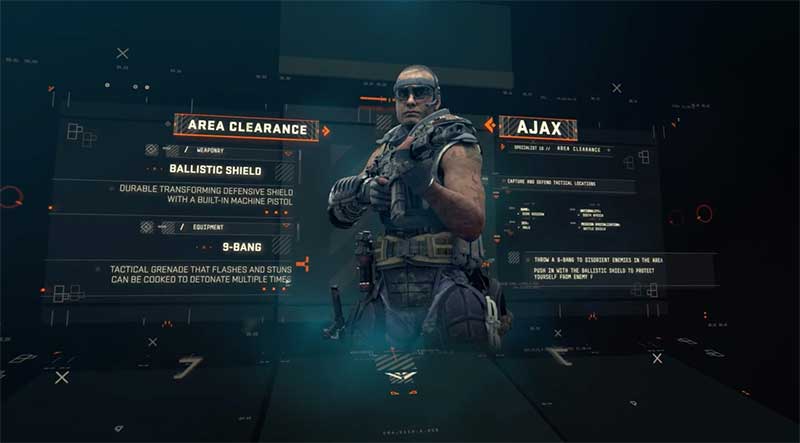 This introduction, which takes a little over five minutes, is practically unnecessary. But it does give some direction on the roles of the characters. As is customary in online games, each member of the team has a role. Sniper, support, explosives, artillery, etc.

It is up to the player to raise the attributes of each of the characters. It is necessary, because it will not always be possible to play with your favorite doll. Therefore, it is important to maintain the balance for the good of your team.

Call of Duty: Black Ops IV is split into three distinct modes: Team Deathmatch, Zombie mode, and Blackout, which is how it calls Battle Royale mode. Of the three options, the most user-friendly is Zumbi. In it, the player joins others in a storyline that will expand as “waves” of zombies are defeated. 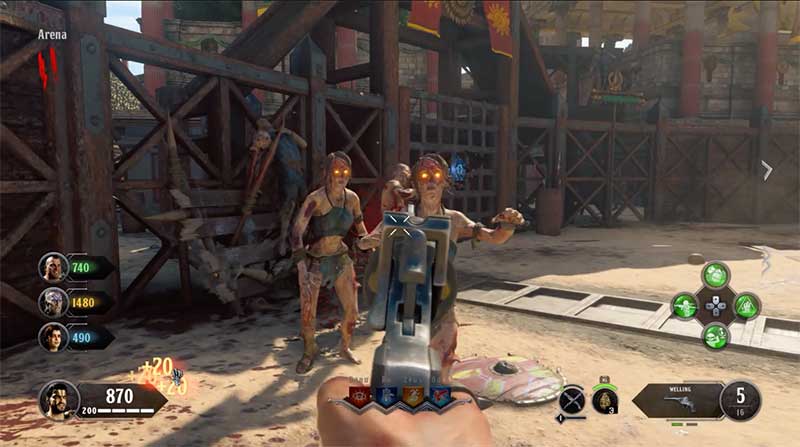 In this format, you have to be cooperative and help your teammates, otherwise each team loses. Its structure is practically the same as in CoD: WWII, in which matches can exceed two hours. What changes is the setting, with arenas mixing medieval with Egyptian mythology and steampunk characters.

The classic multiplayer mode does not bring gameplay innovations. In this one, the winning team is the one who accumulates the most executions and the winning player is the one who has the most kills and the fewest respawns (resurrection). The fun of the version lies in the variety of weapons and gadgets. Shields, grenades and even remote control cars containing explosives are deadly. 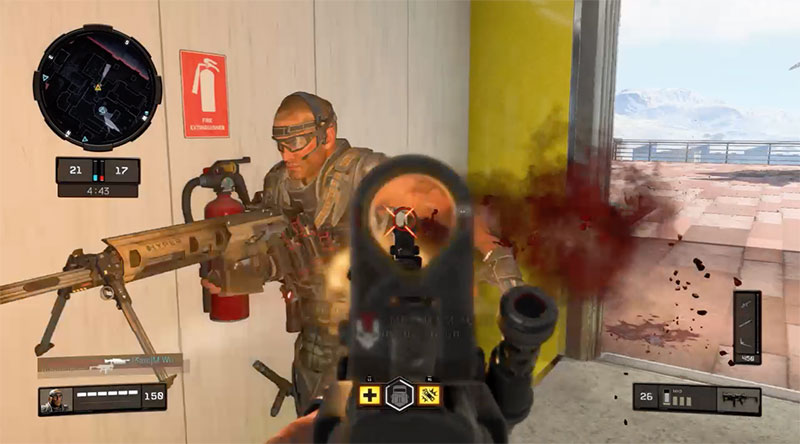 The scenarios are also varied and there are traps that can kill the player. It’s a mode worth playing with longtime companions who know each character’s roles and have battle strategies.

During the Brasil Game Show, one of Treyarch’s executives, Jay Puryear, made it clear that this is a model for playing with friends. And it’s not just a sales strategy. Playing in disconnected teams takes the shine out of the game. It’s the shooter who doesn’t cover the area, the support who isn’t next to the batter and the result is a barrage of unnecessary shots.

Blackout mode follows the fever of Battle Royale games. In this one, the player who is the last survivor on the map wins. The game scheme is the same as in titles like Fortnite and PUBG. Players literally fall from a parachute and must collect weapons, clothing and other gear for battle.

Like the others, it has a huge map that closes so as not to leave players scattered. However, Blackout features multi-story buildings and a wide variety of vehicles, even helicopters, which seek to spice up and bring new functionality to the model. 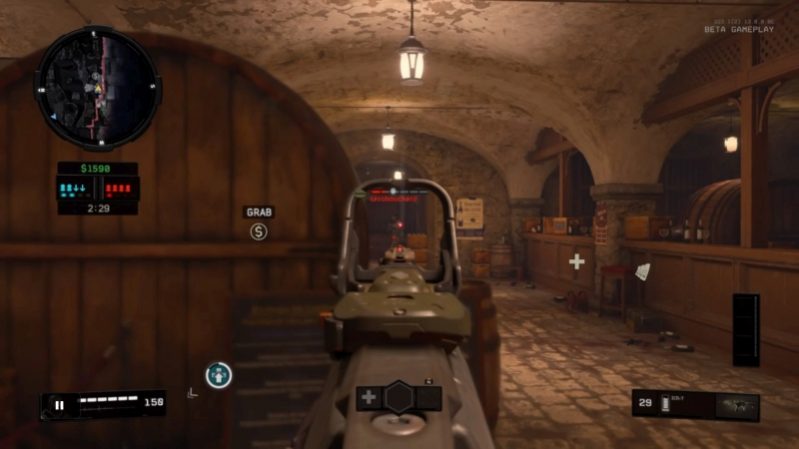 Call of Duty: Black Ops 4 arrives as a compilation of multiplayer modes, which attempts to lump together traditional deathmatch modes, from franchises like Battlefield, in addition to exploring the epidemic of Battle Royale games like Fortnite, H1Z1 and PUBG offer differently.

The starting price of R$ 230 can be scary. Since many of these games are free in their basic editions. Another factor that can turn the player’s nose up is the fact that it doesn’t offer a single-player campaign. In other words, it is a game that can only be played with other players. 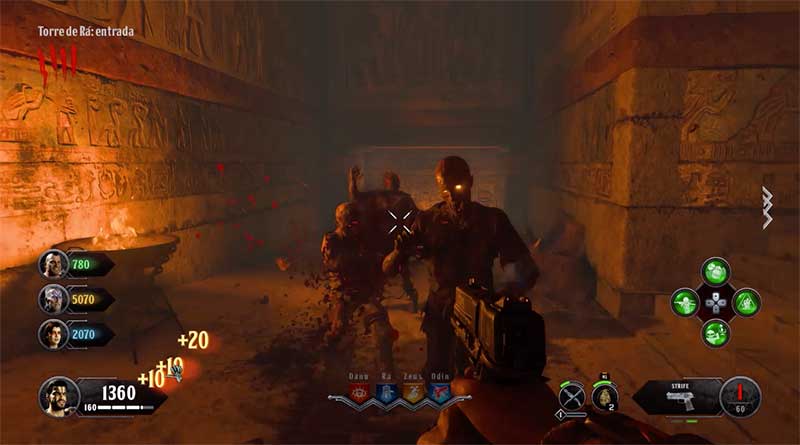 However, it’s a full plate for those who really enjoy network clashes, as it’s like one player winning three games for the price of one. No wonder the game sold half a billion dollars when it debuted. Available for PC, PS4 and Xbox One.