Marcelo “Jabulas” Iglesias | GameCoin Newsroom – After episodes of disappointing storylines, dwindling campaigns, and a focus on online matches, Call of Duty is returning to its WWII origins. The title depicts the Allied offensive against the Nazi war machine, but precisely from D-Day, June 6, 1944. This is not the first time that the historic battle of Omaha beach has been depicted in a game. In 2002, Electronic Arts released the excellent Medal of Honor: Allied Assault which depicts the near-suicide mission on the French coast. The Activision franchise also replicated D-Day in Call of Duty 2, released in 2005.

Although the story is known, the level of immersion can be more intense than in the competitor’s veteran title. The landing of the boats under the German artillery is something dramatic. And it’s not a pure cinematic, the player must fight his way to the German trenches. There are a few meters of sand to cross, but it will inevitably consume countless attempts.

This aggressive early game sets the tone for the rest of the campaign, which, depending on the difficulty level, makes the title extremely challenging. And speaking of the campaign, Sledgehammer did a great job of crafting a long game full of stages, unlike previous installments in the series which could end on an inspired Saturday. Each mission takes an average of 40 minutes to complete. After all, you have to move carefully, even if the player often needs to run away in search of shelter. 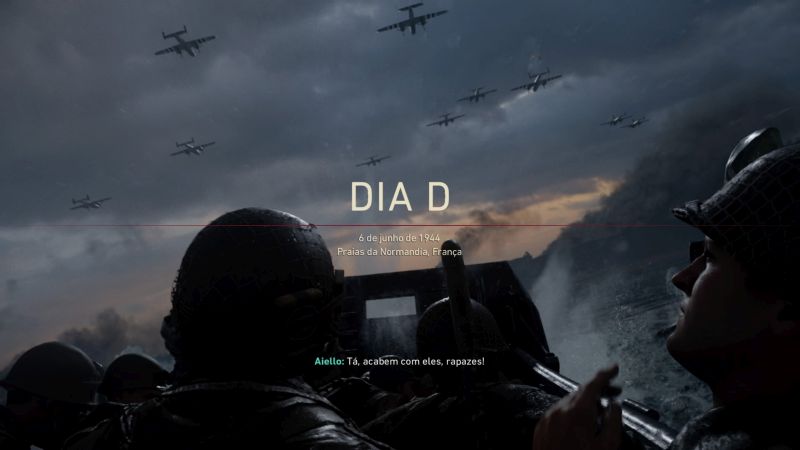 The story puts the player in the shoes of Private Daniels. He’s a typical American patriot. Texan, blond, determined and extremely sympathetic, the soldier stands out from the other comrades on the front, full of moral defects. During the game, the characters get rid of their fears and dreams. And the relationship between them helps to add drama as the story unfolds.

Call of Duty: WW2 has high quality graphics, but in the PS4 and Xbox One editions there is a lack of texture on the skin of the hands, on the sleeves of the shirts. Shades visible in 4K console editions and beefier PCs. Even so, older console editions have excellent visuals, despite some minor bugs. 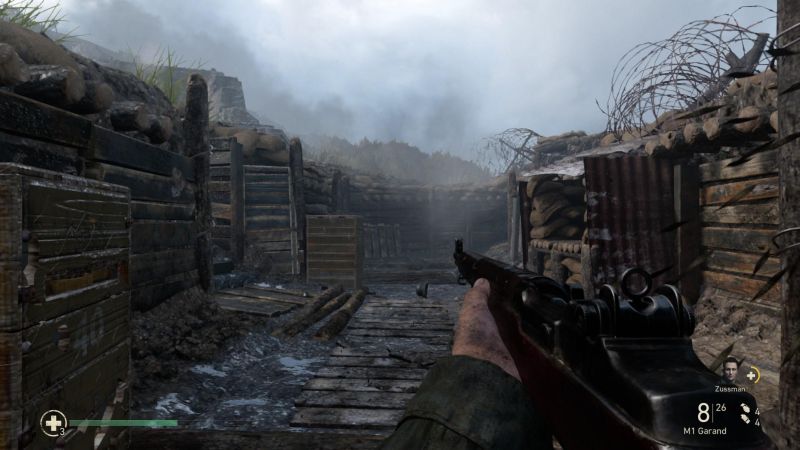 The sound design is also exquisite and follows the same quality standard as other games in the franchise. Entirely in Portuguese, the dubbing is well done and the timing is perfect. However, they sound somewhat contrived, as if the voice actors aren’t absorbing the tension of the game.

Another point that deserves attention is the gameplay. The return of the series also saved an element that had been forgotten: the health bar. For a long time, Call of Duty used the auto-recover feature, where you only had to stay hidden for a few seconds for the pain to heal. Now the game returns the bar that depletes in one shot, depending on the caliber of the weapon.

Therefore, in addition to looking for ammunition and weapons, one must also pay attention to medical kits. Daniels has some good friends who provide him with additional meds and ammo during battles, but you have to wait for the attribute status bar to refresh.

It is an extremely tactical game. There’s no point running around like Rambo shooting everything he sees. The game still asks the player to protect themselves and move forward carefully, especially since the health bar does not renew. As a result, there are often times when you are faced with a near-death situation with no medkits, no companions, and no ammo. And the worst, almost always entrenched in front of a bunch of Nazis who aren’t happy with the mess you’ve made. 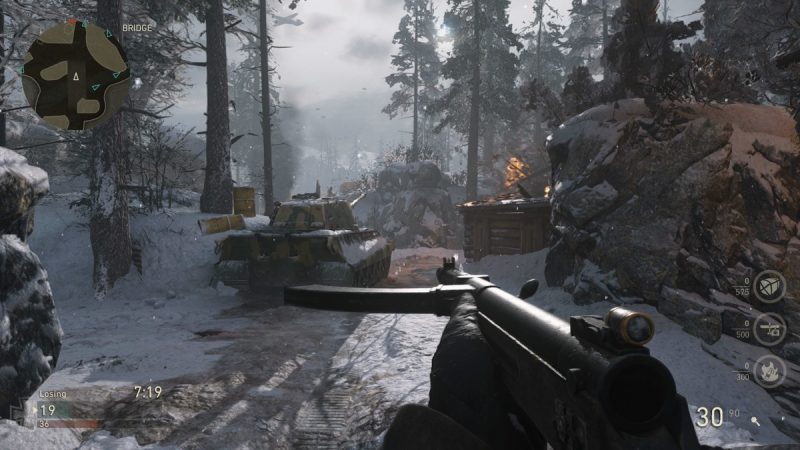 Of course, the game has an efficient multiplayer mode, which follows the standard set by Activision. With a good supply of maps and resources, battles gain favor due to the technological limitation of the time in which the story takes place. As in Battlefield 1, the success is down to the player’s ability to take cover and be accurate in shooting, without those futuristic Infinite Warfare features that dulled some of the sparkle in matches. The game also has Zombie mode, which is still a lot of fun. I will still understand this thing people have for brain eaters!

Call of Duty: WW2 is a pleasant surprise, after so many pitiful episodes like Ghosts and Advanced Warfare. It’s a game that harkens back to the FPS model of the early 2000s, with a high level of difficulty, ruthless enemies, and little resistance to damage. Like Wolfenstein II: The New Colossus, the new CoD sails (partially) against the tide of games focused solely on multiplayer combat and microtransactions and shows that there is room for AAA single-player campaign productions. It’s definitely the best title since the classic Call of Duty 4: Modern Warfare.

And how much is the show worth? Plot: 4Graphics: 4Gameplay: 4Challenge: 4Cost/Benefit: 4TOTAL: 4 coins

Gran Turismo Sport isn’t what it used to be