Marcelo Jabulas | @mjabulas – To talk about “Lost in Random” we have to talk about the Hack and Slash genre (melee combat). This model had its heyday in the 2000s, with productions like “Devil May Cry” and “God of War”. Subsequently, countless franchises, such as “Castlevania” and “Ninja Gaiden” have gained representatives in this style which combines a third person view and 3D scenarios.

But what is common to these games is the excess of violence and a male predominance. Dante, Kratos, and Gabriel Belmont are some of those husky guys. And now in 2021 appears “Lost in Random”, which subverts all this logic. Although it is categorized only as Action-Adventure, there is no denying the elements of Hack and Slash in the gameplay.

The saga of Even

Produced by Zoink and distributed by EA Originals, the game revolves around Even. It is a girl who sets out on a journey to save her sister Odds, taken by the queen who controls the region. With an aesthetic that refers to the caricature and the strange creations of the filmmaker Tim Burton, as well as the puppets of the group Giramundo, with a hint of “Alice in Wonderland”. 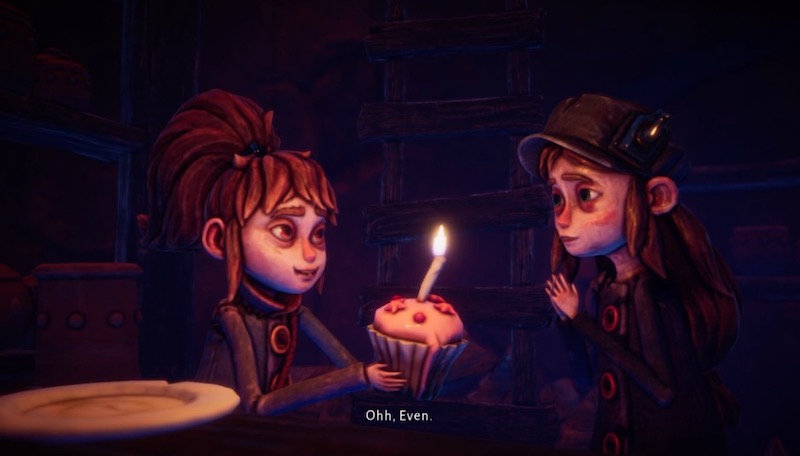 The story takes place in a kingdom divided into six cities. Each city represents one side of a dice. The cube is a fundamental part of the story, like the playing cards in Lewis Carroll’s masterpiece.

In the game, each child who turns 12 receives a visit from the Queen and must play in it. The result will indicate where this child will spend the rest of his life. The odds took six and was taken by the queen. But Even does not comply and begins his epic journey in search of his sister. 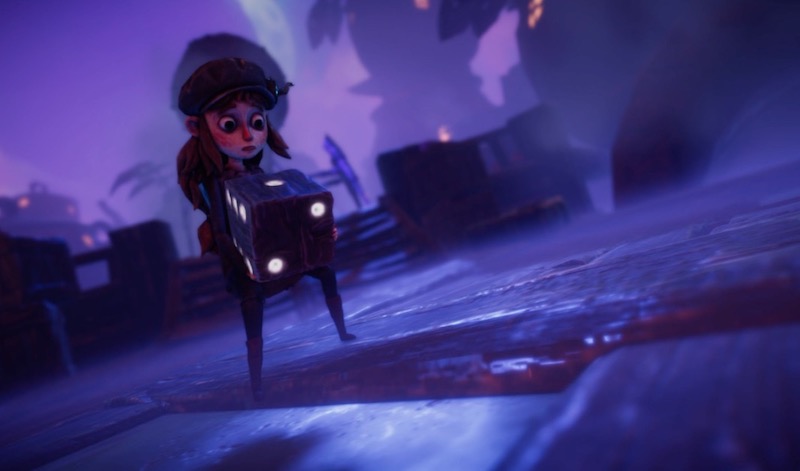 Lost in a random gaze

The game’s plot is guided by a narrator, as if reading a book. And the look of the game is like a children’s book illustration. But there are cartoonish elements and weird creatures.

The town of Even has houses in the shape of teapots and other trinkets, which refer to Alice’s story, but without being explicit. According to the narrator, the modest village was built with garbage that fell from ships. So, the intriguing aesthetic and “story reading” keep the player stuck in the game. 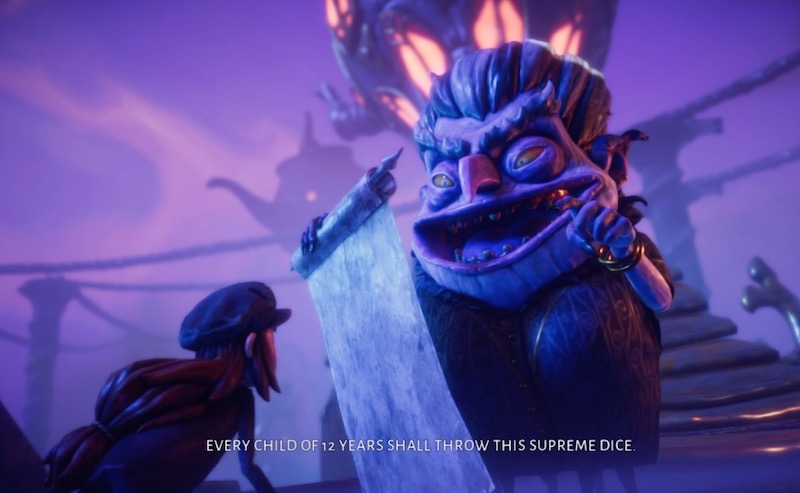 To say that the cartoonish, broad-faced creatures are a direct reinterpretation of Álvaro Apocalypse’s puppets may sound like the parochial spirit of Minas Gerais. But anyone who has visited the Institute of the Giramundo Museum, in the Colégio Batista district, in Belo Horizonte, will identify the aesthetic model.

In the game, Even is accompanied by Dicey, a dice with legs and arms that helps the protagonist explore scenarios and in combat. This guy is reminiscent of the hilarious Claptrap robot from “Borderlands”. 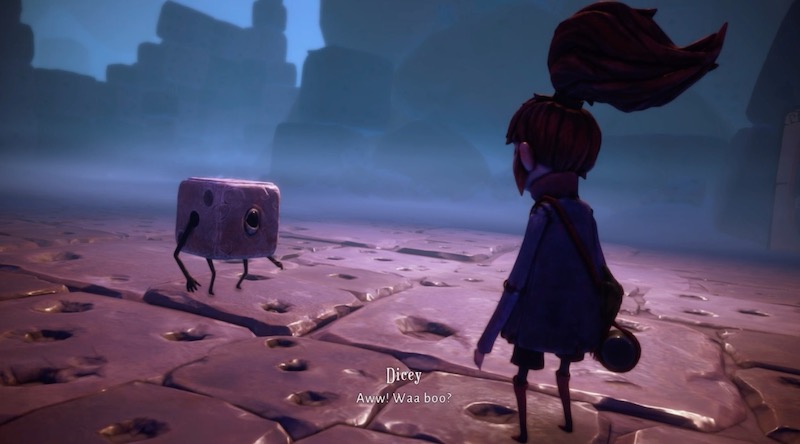 Dicey is instrumental in collecting Power Stones during battles. He also helps access keys and deliver magical weapons to Even.

The combat logic is interesting. Inside Dicey are cards that materialize powers. To activate the powers, you need to collect crystals. These remain in the body of enemies. 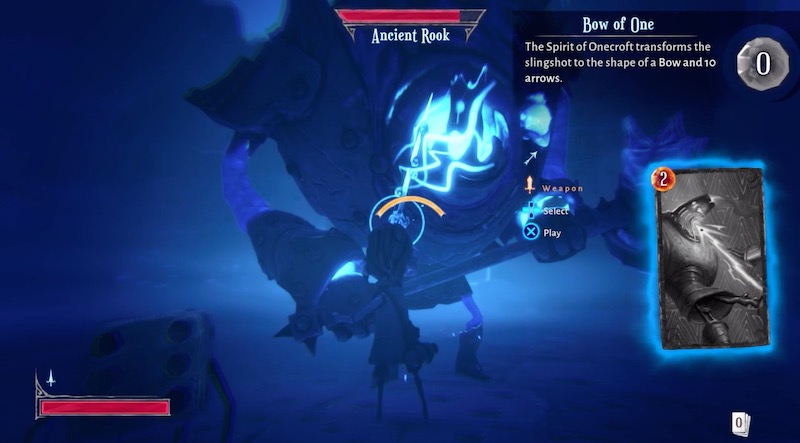 To do this, Even must use his slingshot. Each stone hit must be collected and converted into energy. When the energy is finished, it is possible to temporarily create swords, spears, bombs, and hit points.

“Lost in Random” debuts as a tale of a style that has been lost for not innovating. By adding a literary plot, with whimsical elements and cartoonish characters, like in a children’s book, she distracts attention from the fight and returns it to the story. 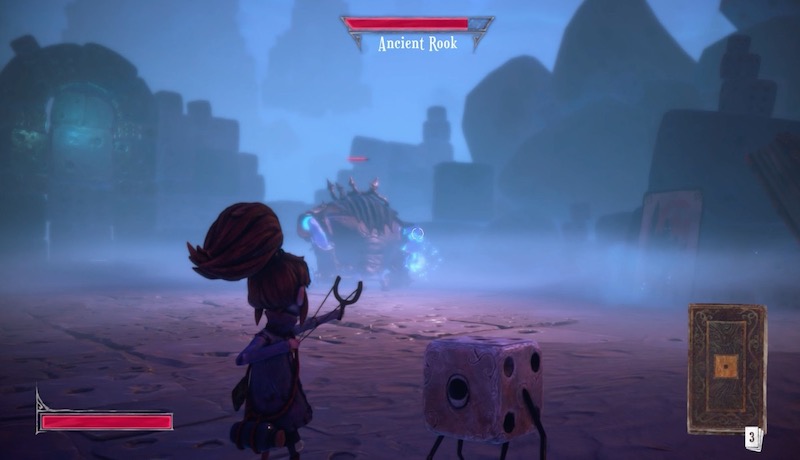 Moreover, Even completely escapes the stereotype of the protagonist of a game that uses Hack and Slash elements. It’s a great production, which manages to use an old recipe to build a great game.