Marcelo Jabulas @MarceloIRamos | GameCoin Newsroom – Platform games are one of the oldest genres in the video game industry. Pitfall, HERO, Super Mario Bros. emerged in the first half of the 1980s and evolved into classics like Prince of Persia and Another World. To date, titles that move sideways are released, full of obstacles and element combinations. Black The Fall is another of those modern platform titles, following the paths of independent productions such as Limbo and Inside.

Produced by Sand Sailor Studio, the game could have been reserved for the Indie community, but the distribution by Square Enix gave the game some weight, which in itself is impressive. Black The Fall puts the player in the shoes of a worker in the communist regime, with images of Marx, Lenin and Stalin, in addition to the hammer and sickle. It’s a dystopian adventure, with a Steam Punk aesthetic, as if the Soviet model has survived time and arrived in a gray future. 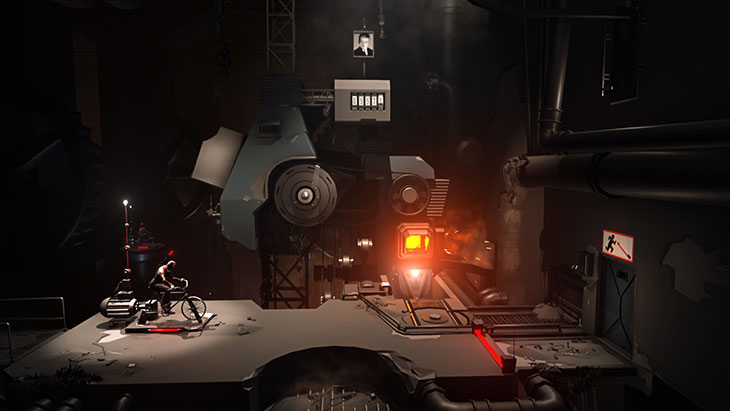 The anonymous protagonist is a regime worker. Like the others, he seems apathetic and lives on “autopilot”. However, he decides to break free and begins an escape from the regime’s industrial facility.

As in other current platform games, the player is faced with a wide variety of obstacles, which require logical and quick thinking to outsmart enemies, disable systems, among other challenges.

Black The Fall has a very interesting look and somewhat escapes the 2D visualization of the genre, with alternating camera and zoom angles, which enhance the scene. The game has some very striking elements such as lighted eyes (in the best Limbo style), expressionless characters, grotesque industrial plants and, of course, shades of red.

Despite the visual quirks and changes in viewing angle, the gameplay is fully 2D. In addition to running, jumping, crouching and hanging on to climb level elevations, the player is aided by a laser sight. The equipment is used to activate machines and other workers who respond to the laser stimulus. 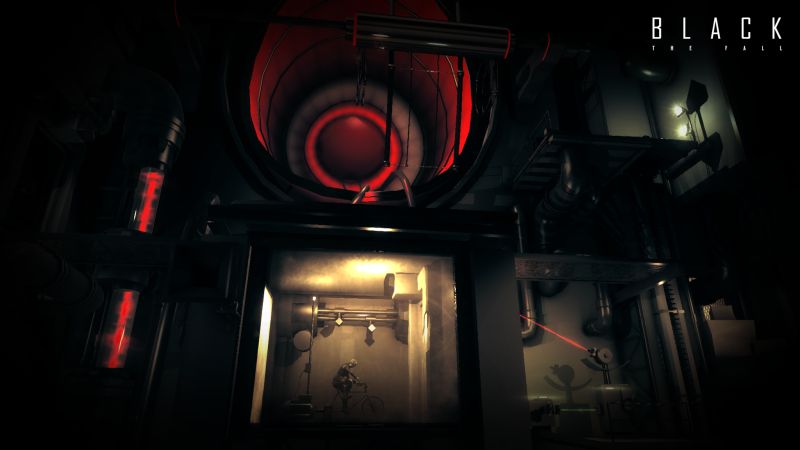 Black The Fall is a challenging game that grabs the player’s attention and encourages them to cross the next hurdle, just like Limbo and Inside. It is a game that escapes the conventional market standard, has a controversial plot and an affordable price. Available for PC, PS4 and Xbox One.