Marcelo Jabulas | @mjabulas – November has been a hectic month in the games market. The arrivals of Xbox Series X / S and PS5 have focused the release schedule for the first fortnight. Assassin’s Creed, Watch Dogs, Mortal Kombat Ultimate are some of the novelties that want to mark the new generation. But Call of Duty: Black Ops Cold War is one of the medallions that promise to dominate the game in these days of “unboxing”.

And we went to play Cold War. It wasn’t on PS5 or Xbox Series X / S yet. After all, in a year of the Covid-19 pandemic bleeding the bordero, it is not possible to issue a bill for nearly R $ 5,000. But that’s okay, we tested the game on PS4, which has transpired to deliver everything the game has to offer, within the limits of its hardware.

But it must be fair. The experience is pretty cool, even without 4K, HDR, ray tracing, and other niceties that appear in front of the TV screen. But the point is, Cold War is a complete game.

The game has a campaign mode, which we will talk about later, as well as a multiplayer, zombie mode and also connects to Warzone. In other words, it is not necessary to occupy nearly 100 GB of Call of Duty: Modern Warfare to play battle royale.

And speaking of gigabytes, the new CoD isn’t lightweight. On PS4, it is exactly 93 GB. However, the game is downloaded in bundles. This way the player can only download what they are going to play and save space.

This is a feature that will be useful in this new generation, as the games will be huge to deliver all the performance promised. And on the other hand, each console’s operating systems consume a lot of space, and extended storage drives can range from R $ 1,500 to R $ 4,000.

Sorrows and delights of the new generation aside, the point is that Black Ops returns in direct connection with the first episode of the sub-series. In the game, the player meets the characters Mason, Woods and Hudson again. The plot is set in the early 1980s, at the height of the Cold War, when the United States and the Soviet Union were playing Russian roulette with the red button.

If in the first game the plot had the participation of John Fitzgerald Kennedy, now who gives the green light to the action is Ronald Wilson Reagan. It is worth highlighting the impressive characterization of the former president, who died in 2004. Mikhail Gorbachev also makes a point in the game, but without the same fancy.

In the plot, CIA agents are involved in a mission to obtain information about the actual invasion of the US Consulate in Tehran, Iran, in 1979, which took 52 hostages and lasted nearly 450 days. In the mission, the Soviet movements that lead to Perseus, the big bad in the story, are discovered. He is in possession of an American nuclear device which was stolen during the Vietnam War. 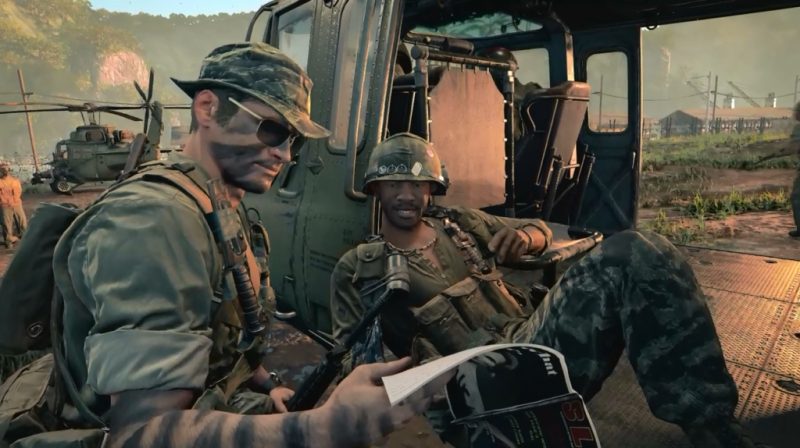 In the game, the player creates their own character. Name, nationality and skin color. In addition, you can choose psychological traits that confer advantages in combat. What doesn’t change, however, is his nickname, Bell.

Bell is a soldier who was recruited because he knew exactly when Perseus stole the atomic bomb. He joins the team in an attempt to locate the Soviet, who is acting like a ghost.

Cold War, although it follows a common thread, is not a totally linear game. Each plot focuses on a base of operations. And it is on a large blackboard that the wires are connected.

In addition to the well-known flashback missions, which dominate much of the campaign, the game allows you to select missions that arise when agents are collecting information. The game also allows you to return to a mission. 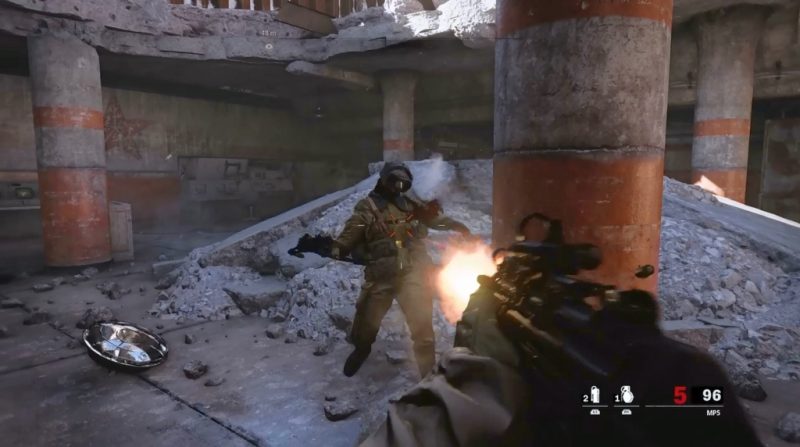 A really cool point is that the game saves locations from the first Black Ops. One of them is the mission in the Ural Mountains. Woods and Mason return to the Soviet facility that was attacked by Hudson in the late 1960s, during the 2010 game.

In addition to the characters commenting on the mission, it is necessary to come back to points of the scenario which were damaged by the player himself. Not having played the first game won’t leave the player lost, but whoever did (as I did again two weeks ago) is a fun memory.

The gameplay is not bringing big news. It is very intuitive and simple. In addition, the reader does not have many additional functions. Basically it is about aiming, shooting, throwing smoke or frag grenade, melee attack, as well as running, dodge and interact button, to use ladders, rappels, access panels and other tasks.

This makes the game smooth, without the need to keep looking for special functions in the arrow keys. Arrows are very rarely used for another specific task. Thus, the missions are loaded with tension, with a cinematic soundtrack and scenes with a lot of action.

The difficulty levels basically boil down to the intensity of the injury. The game offers different levels, the more realistic being the more difficult. In this one, every shot is over. This is usually what happens when you get shot in real life.

Call of Duty: Black Ops Cold War arrives as a welcome card for the next generation of consoles. It’s a very immersive experience for anyone with access to new devices that display photorealistic images and with their joysticks that reproduce more precise reactions than the usual vibrations of the previous generation.

It’s a frantic game, but with simple gameplay. A classic action movie from the 1980s, when the good guys in Hollywood took down the bad guys from the Iron Curtain.

However, I recommend the player, who has not yet purchased the game, to replay the first “Black Ops”, released for PC, PS3 and Xbox 360. Not that this is fundamental, but the two games are a very good match. , which makes the plot the most intense.