Marcelo “Jabulas” | GameCoin Newsroom – The evolution of video games has accompanied the sophistication of side-by-side computing, whether in hardware or software. Today’s games crave photorealistic graphics, intricate storylines, and polished gameplay, making it necessary to go through tutorial processes before the game actually begins. However, sometimes you have to look in the rear view mirror. This is what Horizon Chase Turbo does. The Brazilian racing game hit the market last week with versions for PC and PS4 with a proposal inspired by games from the 1990s.

Originally released for mobile devices (iOS and Android), the game became a big hit for its retro style. The producers of Aquiris Game Studio, from Rio Grande do Sul, boast that the game is a tribute to old school games, such as Top Gear, Out Run or Rad Racer.

On the mobile phone screen, the game presents an extremely pleasing look, with scenarios composed of vector elements. And this style has been retained in the PC and PS4 version, not for the sake of economy in the port, but precisely to reinforce the aesthetics of the past. Horizon Chase Turbo is a beautiful game, very colorful and with a great soundtrack, composed by Barry Leitch. This is the same musician who composed the unforgettable songs of Top Gear.

The gameplay is very simple and incorporates the intuition of editing for phones. However, it delivers a “brake pedal” to the player, which did not exist in the mobile edition to facilitate gameplay. Even so, the player’s job is to accelerate hard, ease off the pedal a little in the turns, and if necessary, burn through the nitro units to temporarily gain some extra acceleration. Anyone who has played veterans of the past millennium will have no trouble understanding the logic of the game. 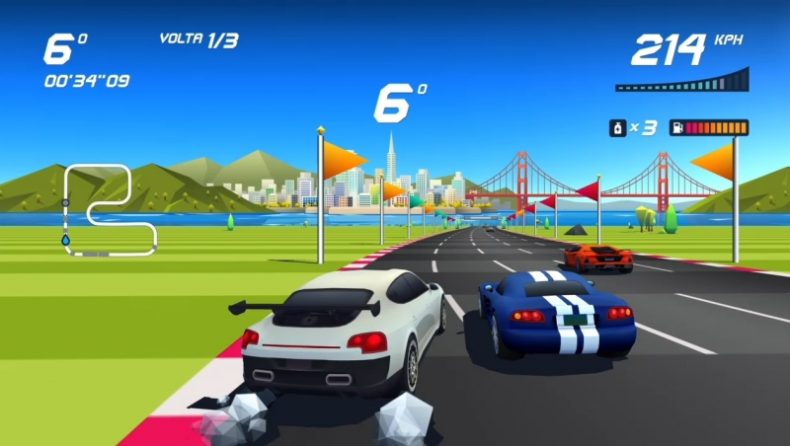 If visually the game respects the style of the original edition, the console and computer editions integrate very interesting features. The game allows up to four simultaneous players on the same screen. In other words, you can join the class in the room to participate in races. And of course, there’s always that opportunity to shut down your opponent, using their screen as a rearview mirror. 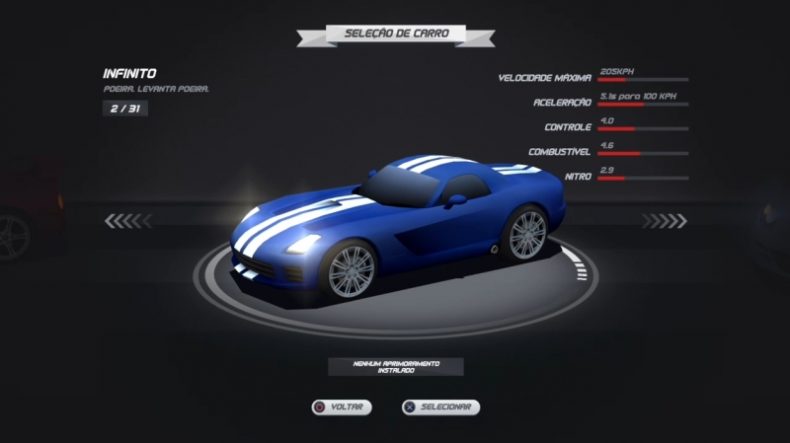 Horizon Chase Turbo offers a list of 31 models. These are cars inspired by famous automobiles such as Dodge Viper, Porsche Panamera, Lamborghini Aventador, Ferrari 308 among other super sports cars. Carts are unlocked based on player performance. Additionally, upgrades can be purchased to increase top speed, range, maneuverability, and acceleration.

Horizon Chase Turbo does not offer online races. However, it has Ghost Mode option. In it, the player sends his performance in a race to a friend. Then, at the start of the race, his cart will be there and repeat the same movements and performances. Then it’s up to the player to try to defeat the friend and then return the challenge. 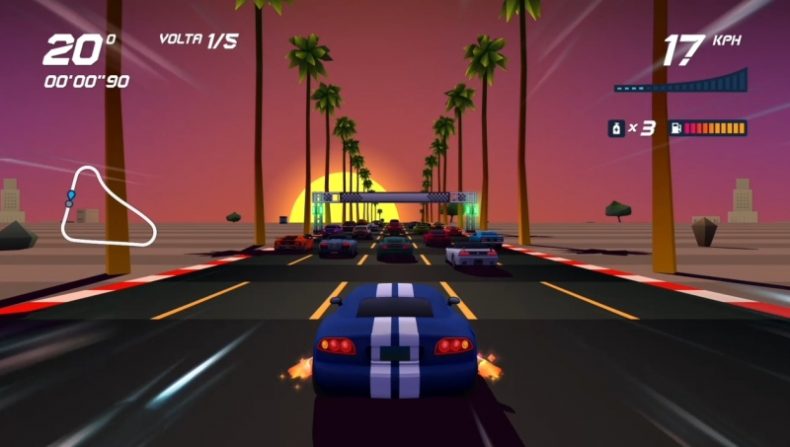 The game also features a wide variety of races, divided by country. To pass from one card to another, you must accumulate points which are distributed in each race. The interesting thing is that each time a country is conquered, it is attached to a tournament mode with a ranking, which offers new rewards such as car upgrades, as well as new speedsters. 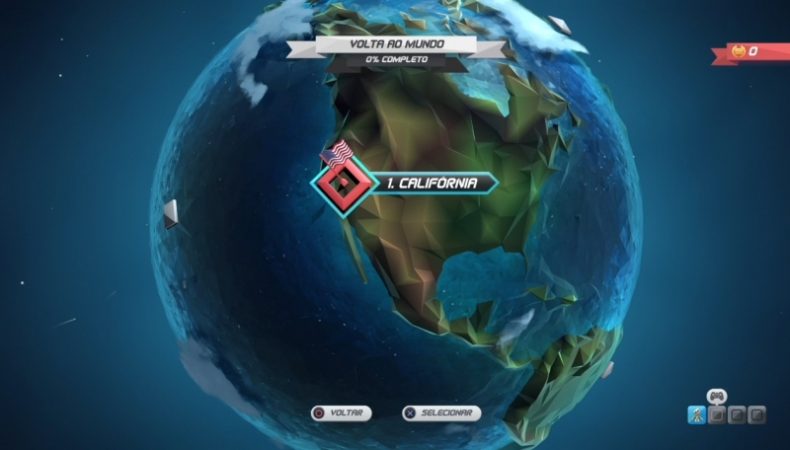 Horizon Chase Turbo is an addictive, simple and even innocent game. Without wanting to be boastful, since it is a Brazilian production, the game impresses with the level of pleasure it provides. And the best one costs only R$50.

Jabulas Garage: Everything about cars and racing games

Discover the Jabulas garage! We have created a channel where cars and car games mix. If you like cars and racing games, Garagem do Jabulas is your channel. Check!