Marcelo Jabulas (@MarceloIRamos) | GameCoin Newsroom – Devolver Digital is an American game distributor that has gained notoriety for publishing productions from independent studios. To date, the most popular game in its catalog is the violent (and fascinating) Hotline Miami, which despite its 16-bit graphics is extremely bloodthirsty. Another example of brutality is the excellent Mother Russia Bleeds, with a beat em’ up style and a retro look, but which also uses “tomato sauce”. And the last production is Ruiner.

The game stands out from the rest for bringing modern high-definition graphics, but it doesn’t spare earthiness and explicit violence either. With versions for Mac, PC, PS4 and Xbox One, the title immerses the player in a cyberpunk adventure at the end of the 21st century. 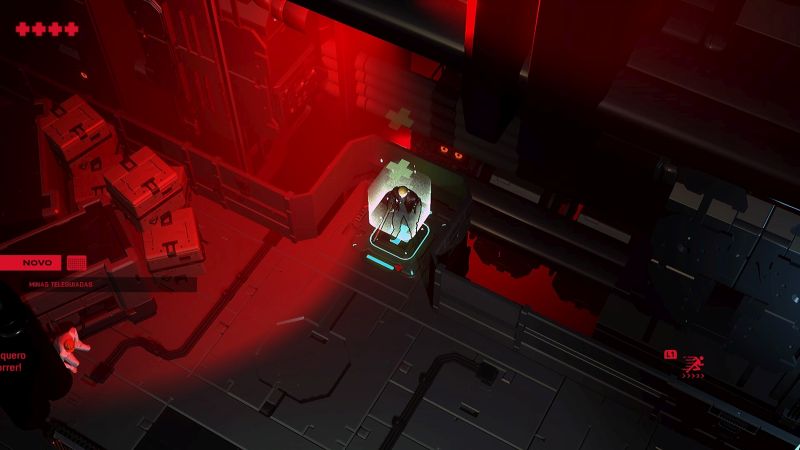 In the production signed Reikon Games, the player is a guy who uses a mask that makes him a kind of puppet under the orders of a maniac. At first, he receives the order to assassinate the “Boss” (boss) of a place called Paradise. Even the foray into paradise serves as a tutorial for the combative part of the game. It is then that the player learns to master the controls, use the skills and the different types of weapons that the game offers. 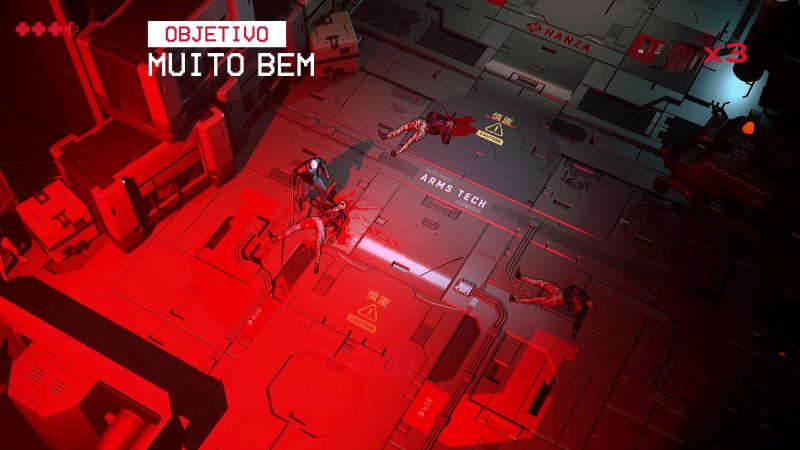 The movement of the character follows the same pattern as in Hotline Miami, in which it is necessary to use both analog sticks at the same time: one to move and the other to aim the weapon. During the plot, the character discovers that he has had his memory erased and his brain reprogrammed to respond to commands from the mask attached to his skull. 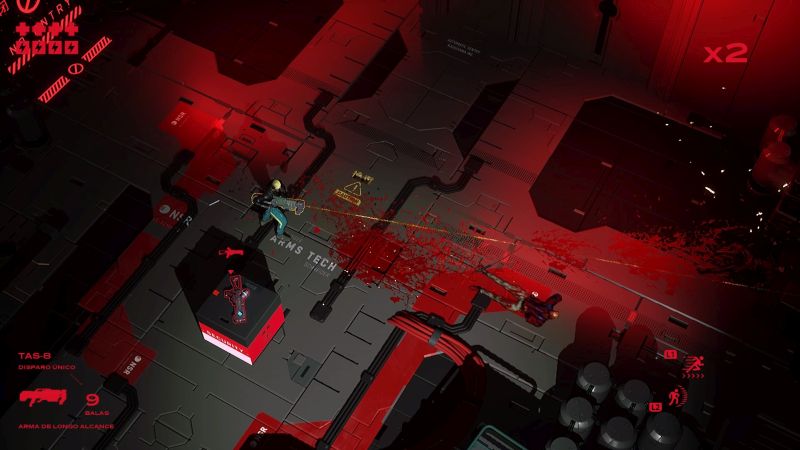 With an isometric view (view from above, but with a 3D perspective, like in Diablo), it’s a Top Down Shooter, in which you have to be quick to defeat the enemies that appear on the screen.

However, the game goes a bit beyond rampant carnage and includes RPG elements, allowing the player to explore the back streets of Rengkok city and encounter rotting individuals with robotic implants. The aesthetic is very reminiscent of the Shadowrun series (which originated in tabletop games and later gained console and desktop editions). 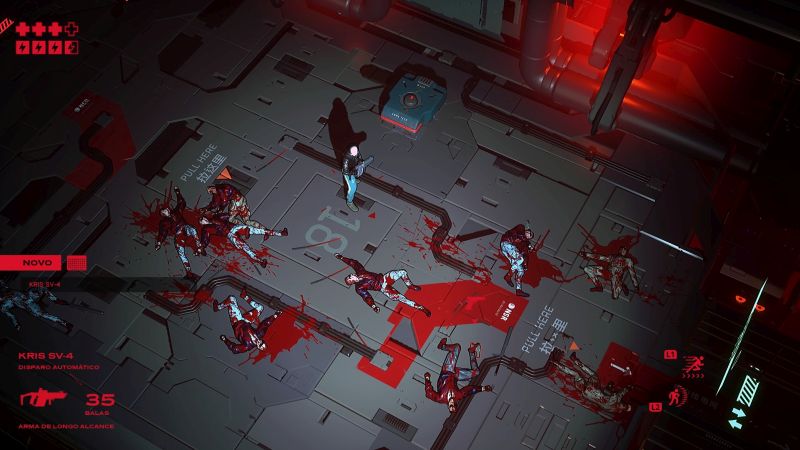 The investigations work as a common thread that gives meaning to the combat scenes and holds the attention of the player, who is compelled to move forward in the campaign and try to find out who he really is in the story. 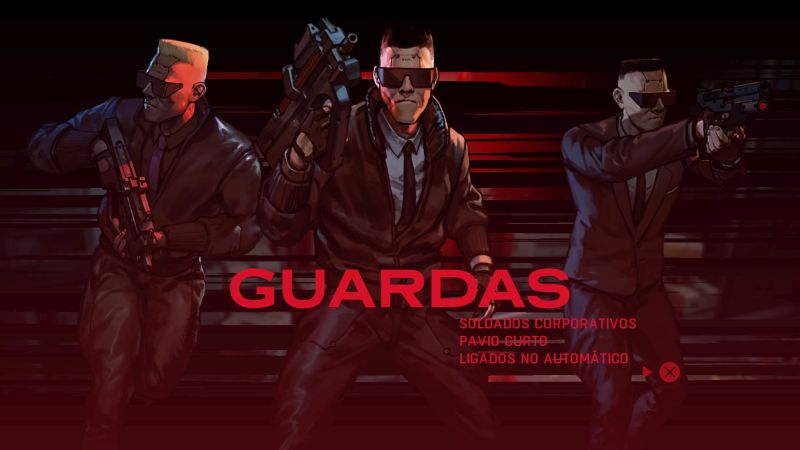 Ruiner is a game that has Devolver Digital’s DNA. It’s a game with a high level of violence, even though the characters are small on screen, there is a great excess of blood and brutality. The combat is dynamic and often the solution to surviving the hordes is to be frenetic and not strategic. 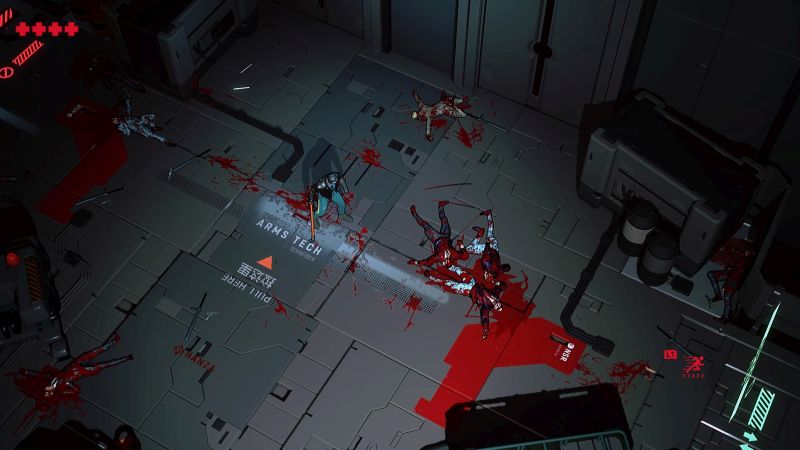 Although many battles seem repetitive, the game features a progression of challenges that encourages the player to keep playing. Not to mention that the plot with minimalist elements such as character names creates an eerie and dark environment of the near future. 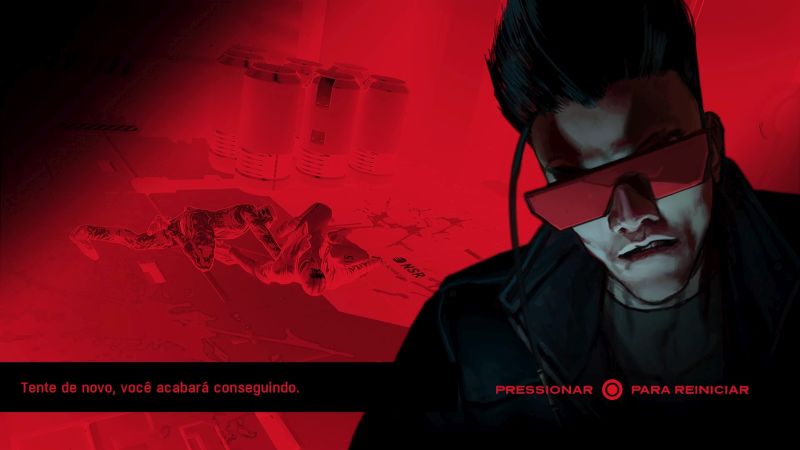